Lent is the 40 days before Easter, not including Sundays, beginning with Ash Wednesday and ending with Easter Sunday. While people will say that it dates back to the Bible or to the 1st century, to be honest, Lent was a season made up by the Church to focus on repentance and devotion through the spiritual disciplines of study, fasting, prayer, and alms-giving. The number of days, 40, is a Biblical number with echoes of Jesus’ fast in the desert after his baptism, which in turn echoes the 40-day fasts of Moses and Elijah, not to mention the 40 days of the Flood and the 40 years in the desert. Still, Lent must not be identified as the same as anyone of those things. So the simple and honest answer is that Lent is a Season invented by the Church over thousands of years.

While not in the Bible, the origins of Lent are the easier to trace than Ash Wednesday. In the first centuries after Christ’s death and resurrection, new converts to Christianity would be trained for months in Christian doctrine and Christian practices. This process of instruction is called catechesis, and usually involved memorizing an early form of the Apostles’ Creed. The emphasis during these months of training would have been on learning more theology (the Creed), learning more Scripture (the Stories), and learning Christian practices, especially Fasting and Prayer. Often, this training occurred in the months leading up to Easter. Finally, the weekend of Easter, the whole church would fast and pray from Friday at noon to Sunday at Sunrise. Then on Resurrection Sunday, all the new believers who had completed the catechesis, would be baptized and inducted into the then secret, underground church as together they celebrated the death of Death and the Resurrection of the Body. 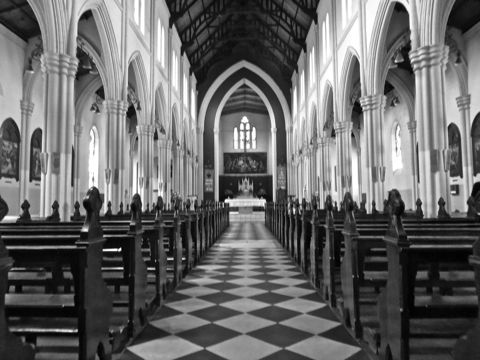 How this transitioned into Lent is difficult to trace with any certainty or clarity. Somehow, over the next 500 years, these months of training transitioned from a time just for new converts to a time for the whole Church to grow in faith, knowledge, and character through fasting, prayer, study, and Alms-giving. The Council of Nicea in 325AD played a large role in establishing this 40 Day Fast. The specific number of days, the starting date and ending date, the date of Easter, and the specific fasts and Fast Days during Lent were all, for better or worse, decided by the Church to promote uniformity and unity.

None of this makes Lent emphatically bad or “unbiblical” or heretically religious. Instead, it means that over the centuries between Christ’s resurrection and now, millions of Christians have practiced a sort of Spring Training. Christians across the globe have found Lent to be a rhythmic way to insert ancient practices like Fasting, Simplicity, Giving to the Poor (Alms), Study, and Daily Prayer as practical ways to FOLLOW JESUS and prepare to FISH for people. Lent is not “about giving something up,” so much as it is about getting back to the basic Christian disciplines. Like Spiritual Three-A-Day Practices they keep us in shape or like Spiritual Spring Cleaning they expose the idols and bad habits that have crept back into our heart.

So should we practice Lent? Well, we should fast and pray and give to the poor and study God’s Scripture, and so if you want to create extra time dedicated to these basic rhythms of Christian life by sacrificing luxuries, then yes. If you just want to lose weight ahead of Spring Break or just want to gripe about being out of touch with the world cause you gave up Facebook, then Lent will probably do more harm to your soul than good.

In the coming weeks, I’ll write more about Lent and more about Fasting and Prayer and Study and such. For right now, let me point out that Lent is about intentionally doing those things we’re talking about each week in The Way of Jesus – I am Called to… Sermon Series. I will not hammer Lent or Lenten disciplines over the next few weeks, because we’re already talking about and encouraging one another to practice such things when we proclaim, “I AM CALLED TO FOLLOW, FISH, LOVE, WORSHIP, MATURE, SERVE, GIVE, SEEK UNITY, PRAY, and DIE.” So perhaps this year, you want to cut out one bad habit that keeps you from following, fishing, loving, worshiping, maturing, serving, giving, forgiving, praying, or dying. Instead, take one a specific task, such as daily Bible reading or nightly prayers or giving to the food bank that leads you further down these Ways of Jesus. 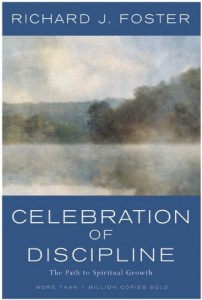 Lastly, if you’re dying for ways to practice Lent, I cannot recommend Richard Foster’s book, Celebration of Discipline highly enough. Instead of reading all those Facebook posts about “40 Things to Give Up for Lent” or the “Reverse Lent Challenge” or some other pop-Lent, spiritual cotton candy, go out and buy this book and dig into some Filet Mignon.

ANNOUNCEMENT! If you or your Youth have cabin fever and feel safe on the roads, the PYC are meeting today, and there is a Mission Trip Meeting at 6:15pm for all those going on the Mission Trip or considering going. ... See MoreSee Less

The Mission Trip team is still meeting tonight at 6:15 in the youth center. If you are signed up for the trip or if you would like more info about our trip planned for Huntington, WV this summer make plans to join us! ... See MoreSee Less

Due to weather and road conditions, service will be virtual only on Sunday, Jan 23 2022. There will be no Sunday school.The baby shower that was scheduled for Rain will be rescheduled and we will advertise that date soon.Stay safe and warm! ... See MoreSee Less
View on Facebook
· Share

Don't miss our January Fellowship Supper tomorrow evening! If you didn't RSVP, you can email or call the church office to let us know you are coming to help us plan out the meal. We are looking forward to seeing everyone! ... See MoreSee Less