As Jesus begins his active ministry he selects the PLACE, the PEOPLE, and the PROGRAM.

Jesus begins and focuses his ministry on the frontier, in Galilee of the Gentiles, where Jewish and non-Jewish (Gentile) folk mingle and mix.

We too, should locate ourselves and our ministries on the frontiers, where Christians and non-Christians mix, that we might introduce people to the living God through Jesus Christ.  We are to be BRACKISH Christians.

Jesus chooses the PEOPLE he ministers with.

1. Jesus chooses a few. He goes deep with a few, and so we should focus primarily on making disciples of a few folks, and going deep with them.

3. Jesus does not call the qualified, Jesus qualifies the called. 2 Cor 3:5ff.

To FOLLOW means to Accompany, to Imitate, and to Obey. To be WITH, to be LIKE, and to be UNDER.

On Sunday, God reminded us that all disciples of Jesus are called to FISH - to make more and better disciples of ourselves, our children, our spouses, and our neighbors in every nation and tribe. We saw that this is fundamental to Following Jesus. Disciples Accompany. Disciples Imitate. Disciples Obey. Disciples Reproduce.

During that sermon, I attempted to dismantle two very common myths that prevent people from sharing the gospel with other people. These two myths have become part and parcel to the American Civil Religion and the cornerstone of the hollow “tolerance” preached by agnostics, atheists, and universalists alike. The first myth is The Elephant Myth – All Religions are Basically the Same, and the second myth is The Road Map Myth – All Religions are different ways to the same place.

While these two statements claim to respect all religions, they actually supersede and condescend them. Neither of these myths is more intellectually rigorous or consistent than Christianity, nor do they effectively prohibit evangelism. Instead, they appear attractive and sophisticated, but are ultimately irrational, arrogant, and dismissive. Christian Disciple Making and Evangelism on the other hand seeks to understand the other, to find the common ground God has provided, and to articulate the Good News that human beings can be reconciled to God through Jesus, the rightful ruler of all human beings. Christianity allows each other religion the respect of particularity, meaning that we don't try to tell other faiths what they believe, what they worship, or where they're going (as these myths do). Instead, we hope to spread the Good News by painting a more accurate account of reality and a more beautiful hope of redemption than available via other faiths.

Unfortunately, I was not particularly articulate on Sunday, January 18, 2015, when I preached The Way of Jesus – I am called to FISH. So if you were intrigued by the Christian response to these myths, I’m posting the following excerpts here. What follows are paragraphs from a paper I wrote after visiting 1st generation Christians in Africa and Asia. A complete PDF is available here.

All Religions are basically the same

This is a common axiom for many adherents of different religions and no religion, as well as the synthetic faith promoted by “spiritual but not religious.” It often appeals to an anecdote about blind men and an elephant[1] to explain how different sources of faith can be simultaneously contradictory and true; and thus how proselytizing is unnecessary and destructive. Yet for all its sensible allegory, ultimately the aphorism reinforces the “arrogance”, exclusivity, and contradiction it hopes to harmonize, while encouraging intellectual ambivalence. It does so by claiming a more exhaustive understanding of each religion than its own adherents, an understanding that in reality contradicts and supersedes the respective axioms of each faith. Moreover it ultimately claims that the founders and followers of every other worldview are well-intentioned, blind persons, while those who can see the whole elephant have the gnosis that brings sight.

Finally, while followers of this aphorism bemoan attempts by individuals to change others’ religious orientation, this is itself a proselytizing religion, which either pities adherents of other faiths for their ignorance, or liberates them with a super-religious epiphany. So while proponents lambast evangelizing Christians, they preach their own gospel and argue through their own apologetics. Thus, it fundamentally endorses the legitimacy of making disciples.

[1] For an initial survey of this widespread allegory, which began on the Indian subcontinent, see: Wikipedia contributors, "Blind men and an elephant," Wikipedia, The Free Encyclopedia, http://en.wikipedia.org/w/index.php?title=Blind_men_and_an_elephant&oldid=587101260 (accessed January 13, 2014). 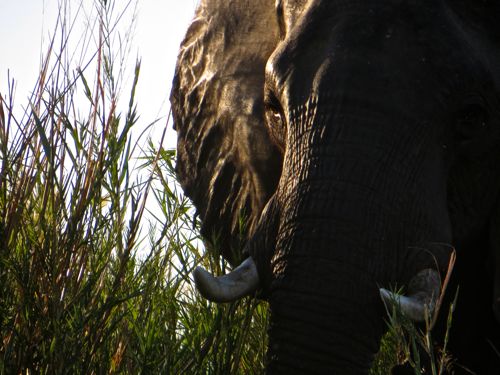 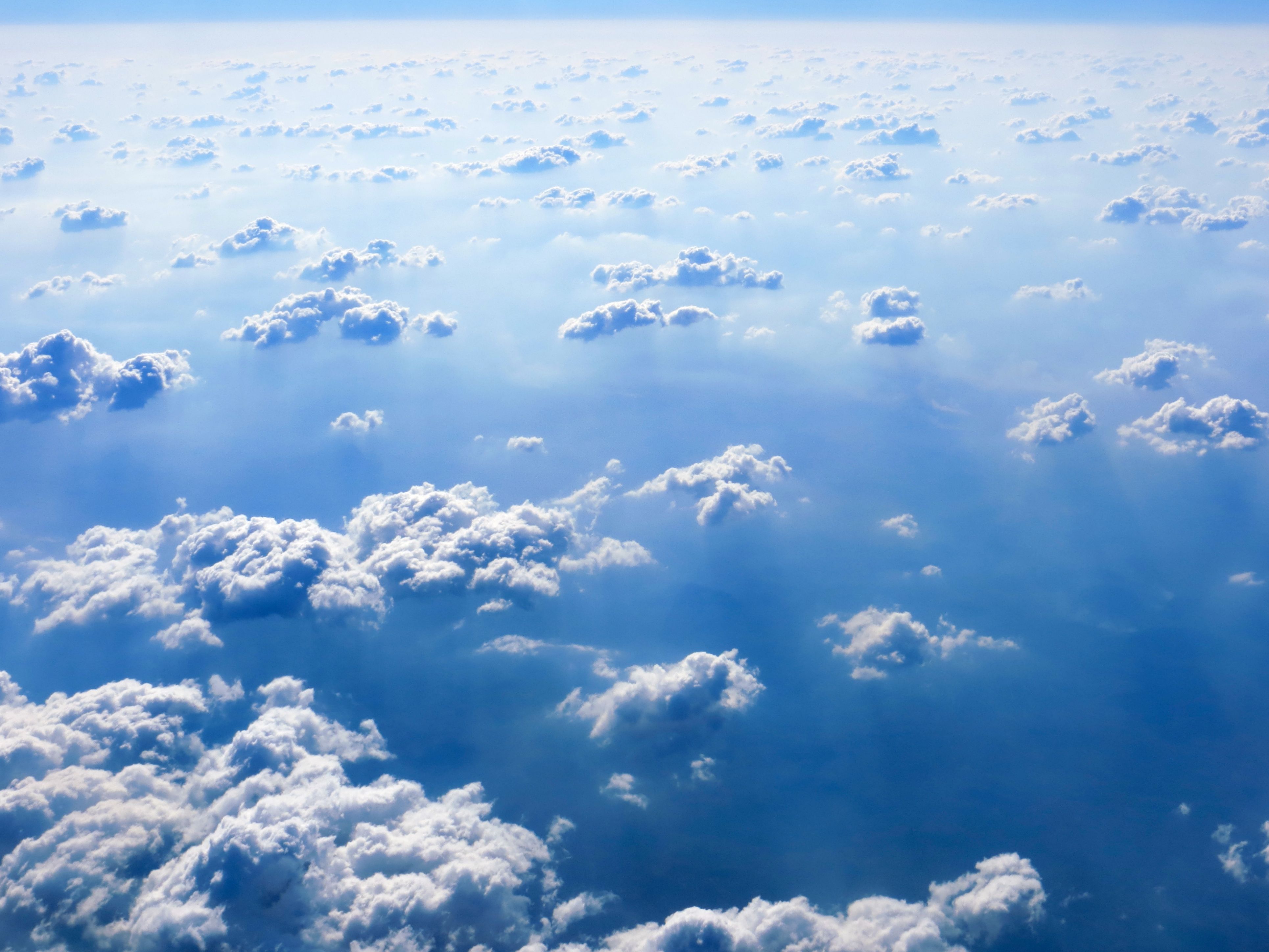 All Religions are unique paths to the same destination[1]

Once again, the philosophy attempts to validate every single religion, but to do so, it ignores their unique goals. While each faith aims at a telos, these are not only different, but several of them are mutually antagonistic. It is, for example, impossible to conflate the corporate, corporeal, Christian resurrection with individual, ethereal, Buddhist bodhi. Therefore, if each faith is allowed to identify its own telos, the ends become impossible to amalgamate. So while, the proverb feigns respect for all religions, it must ignore and supplant each religion’s particular message, hope, goal, and normative truth claims, with a more true, normative metanarrative. So while the message is announced to preclude evangelism, the announcement is in reality evangelism, and thus implicitly legitimates the process of making disciples from other faiths.

Still there are countless Christians that subscribe to this philosophy, on the basis that Christianity describes the one true telos for all humanity, namely recreation and resurrection through Jesus the Christ. All other religions “worship Jesus by another name,” and so upon death, they will recognize in substance what they previously recognized in shadow, and if not, then they will still enter the New Creation through Jesus of Nazareth.[3] Still, this Christo-centric universalism acknowledges Christ as the most substantial, fundamental, and articulate revelation ever given to humanity. All other revelations are somehow equivocal or inarticulate. Thus the faith lived and taught by Jesus of Nazareth is normative for all human beings, beneficial for their lives, profitable for their relationships, and expedient for their conscious contact with the “Most High God.” So, though this Christo-centric universalism is oft cited as a reason not to “make disciples of all nations,” in actuality, the theology implicitly defines the loving action towards others as a sharing of this revelation, an invitation to follow, and an equipping for inviting others to live into this deepest, thickest, animating, resurrecting reality.[4] A failure to do so is to withhold a life-enhancing, life-giving, even life-saving revelation from those in need of such.   Thus, an “all roads lead to Christ” mentality compels disciple making.[5]

[1] While offering some sympathetic resonance to the above ideology, this is actually a distinct thought.

[2] Heaven is here a conflation of all the different goals/salvations of different religions. As such it includes, but is not limited to, nirvana, moksha, Bodhi, jannah, resurrection and tian.

[3] Some portion of Christians throughout the centuries since Christ have held this belief, though it has always remained a peripheral view, more dependent on theological frameworks and speculation than on particular pericopes of Scripture. Personally, I believe this philosophy is neither a persuasive nor a faithful construal of Jesus’ teachings specifically and the Bible’s teachings generally. It appears to know more about salvation and redemption than the “author and perfecter of our faith.”

[4] Christianity can still be normative even if universalism is true, and if normative, then making disciples of Jesus becomes a necessary act of love, while failing to do so might be akin to a doctor refusing to treat a minor infected wound, because, “Well, everyone has to die of something, you’ll just get there first.”

[5] For a more centrally orthodox Christian understanding, this compulsion is even stronger, because the stakes are much greater. A failure to warn and prepare others for the coming judgment is to prepare them for damnation, which is an inherently unloving and even damnable offense (cf. Ezek 33).

The Way of Jesus: I am called to FISH - Making More and Better Disciples

Further Reading Suggestions for this sermon:

This sermon by Dawson Trotman is essential reading/listening for anyone wanting to "make more and better disciples." It is short, challenging, and FREE.

This is the most helpful and Biblically insightful HOW-TO guide for evangelism I've ever seen. Consider it assigned reading for those desperate to figure disciple-making out.

The Celtic Way of Evangelism

Put this 3rd on your list. It is a fascinating study of the way St. Patrick converted the Pagan Celts to Christianity, and how we as 21st century Christians could do the same to pagan Americans.

This sermon series includes a weekly Bible Reading Plan.  Each week we read in preparation for the sermon coming next week. Next week we will discuss The Way of Jesus - I am called to LOVE, so this week we will be reading about love, using this WEEK 3 READING PLAN. Tips and suggested questions available on the PDF.

One of our Key Connections is the Family Connection that nurtures faith, and this quote by Charles Spurgeon (one of the best preachers ever) reminds us why... #d6family #MothersDay #familiesmakedisciples ...